Why MPUSD » Chris Donat: 'The best part of my job is knowing they are safe in the classroom'

Chris Donat: 'The best part of my job is knowing they are safe in the classroom' 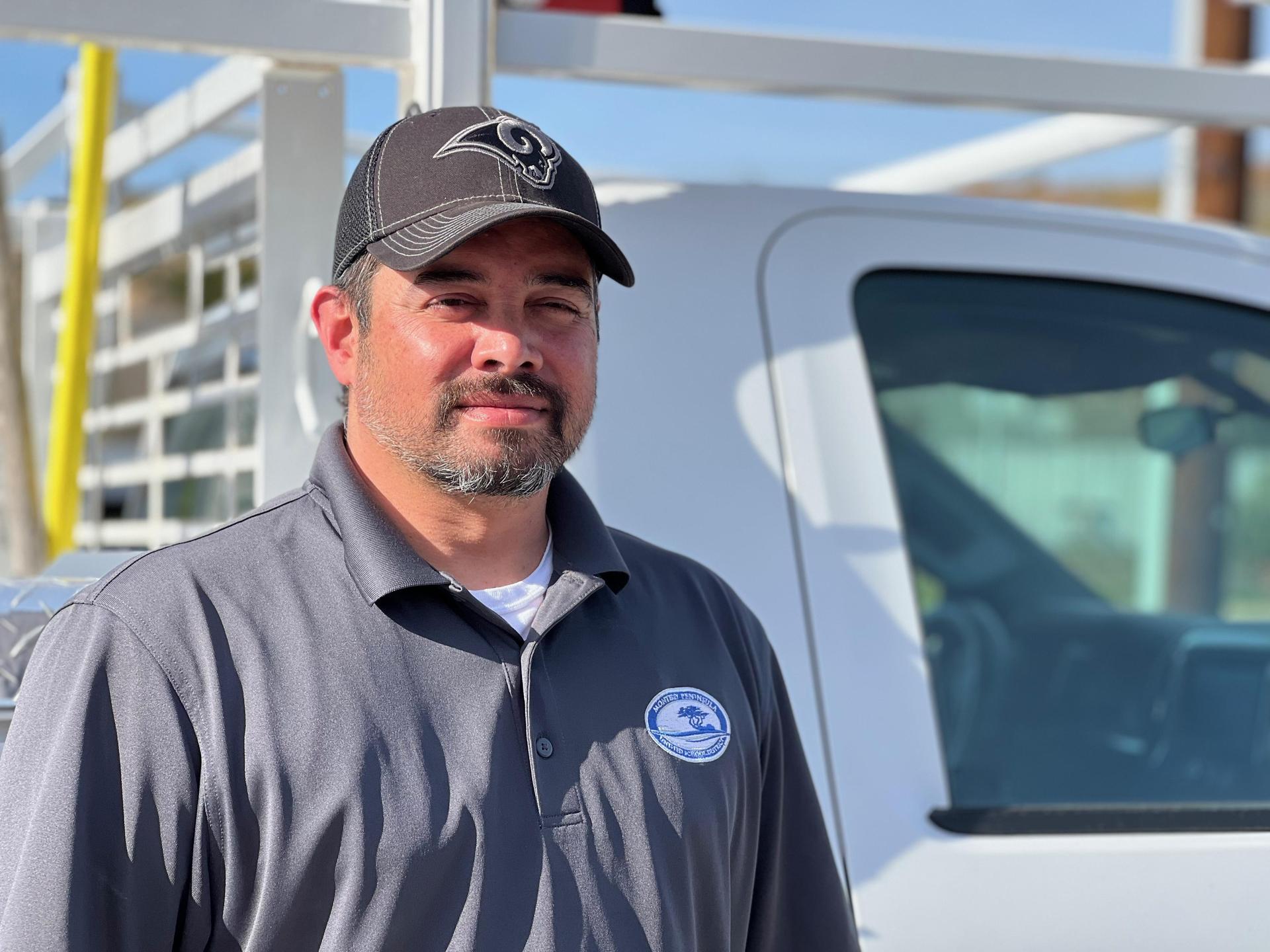 Quiet. Kind. Hard working. Humble. These are just a few adjectives that best describe Senior Crafts Leader Chris Donat. Chris has been a member of the Monterey Peninsula Unified School District’s Maintenance and Operations department since 2013. He exemplifies one of the MPUSD tenets of service mindset and goes over and above to serve educators and students.

“I never in a million years imagined that I would be working in a school district,” says Donat. Yet, eight and a half years ago, Chris was working for a private HVAC (heating, ventilation, and air conditioning) company when he saw a position for crafts worker II at MPUSD posted. He applied, interviewed and landed the job, and was quickly promoted in less than a year to a crafts leader position.

In 2020 he became senior crafts leader, and today oversees all plumbing and HVAC across the district’s school sites and facilities. When you think of the two preschools, 12 elementary schools, three middle schools, three comprehensive high schools, alternative high school, adult school, and various facilities that house all of MPUSD’s departments, Chris has a huge undertaking. Yet, he is the right person for the job.

Chris came to MPUSD from a two-generation, family owned HVAC company. He was trained from the ground up and learned everything he could about the heaters, ventilation, and air conditioning units. He can repair, service, diagnose, design, and install any HVAC system practically in his sleep! As the owner of the HVAC company was approaching retirement, it was then that Chris found the advertised MPUSD job.

“I have two dozen nieces and nephews across the district, and the best part of my job is knowing they are safe in the classroom as a result of my work,” Chris proudly states.

When he first arrived at MPUSD, the district’s heating units were aging. Today he rests easy knowing much of the system has been upgraded thanks to local school bond measures and other facilities and maintenance funding. “I know our students are safe, and no one is going to get sleepy (due to carbon monoxide or gas leaks),” says Chris.

When most students are just rolling out of bed and readying themselves for school, Chris is already at work at 6:30 a.m. sipping his first cup of coffee, setting up the work orders for his team, and answering emails. By 7:15 a.m. Chris and his team of two plumbers and one HVAC tech are out the door deployed to sites attacking whatever emergencies sprung up overnight. The team sees anywhere between 10 to 14 work orders on an extremely busy day to six or seven work orders on a typical day. With regard to HVAC, the summer months are busier due to preventative maintenance measures.

“I would love folks to know how much of an effort our team put in to stay on top of preventative maintenance, including changing filters on furnaces and ensuring flame conditions are okay,” says Chris. “Poor flame conditions could lead to problems in the classroom, such as carbon monoxide.”

The past two years have been especially trying. Chris and his team ensured that every faucet that students interfaced with was metered so it would stay on long enough with only being touched once. Long before the district started negotiating with the Monterey Bay Teachers Association on working conditions during COVID times, Chris and his team already began implementing MERV filters and outside air flow into the classrooms. Despite being down one staff member during COVID, Chris ensured every site had a touchless bottle fill station so students could get water without touching anything, and the entire Maintenance and Operations staff made a commitment to install a hand sanitizer station next to every door, as well as implement hand washing stations across school sites. “We really put in a lot of effort to accommodate educators and students to ensure safety and health,” stated Chris.

A graduate of Monterey High, Chris is married to a teacher in the Salinas Union High School District. While he does not have children of his own, he has proudly helped raise his nieces and nephews. In his down time, Chris enjoys golf, yard work and side jobs. Someday soon he hopes to get his shoulder repaired and get back into softball.

The next time you see Chris as your site, be sure to thank him for keeping students and staff safe.