Why MPUSD » Lloyd Tanseco: 'I love working here. I love what I do.'

Lloyd Tanseco: 'I love working here. I love what I do.' 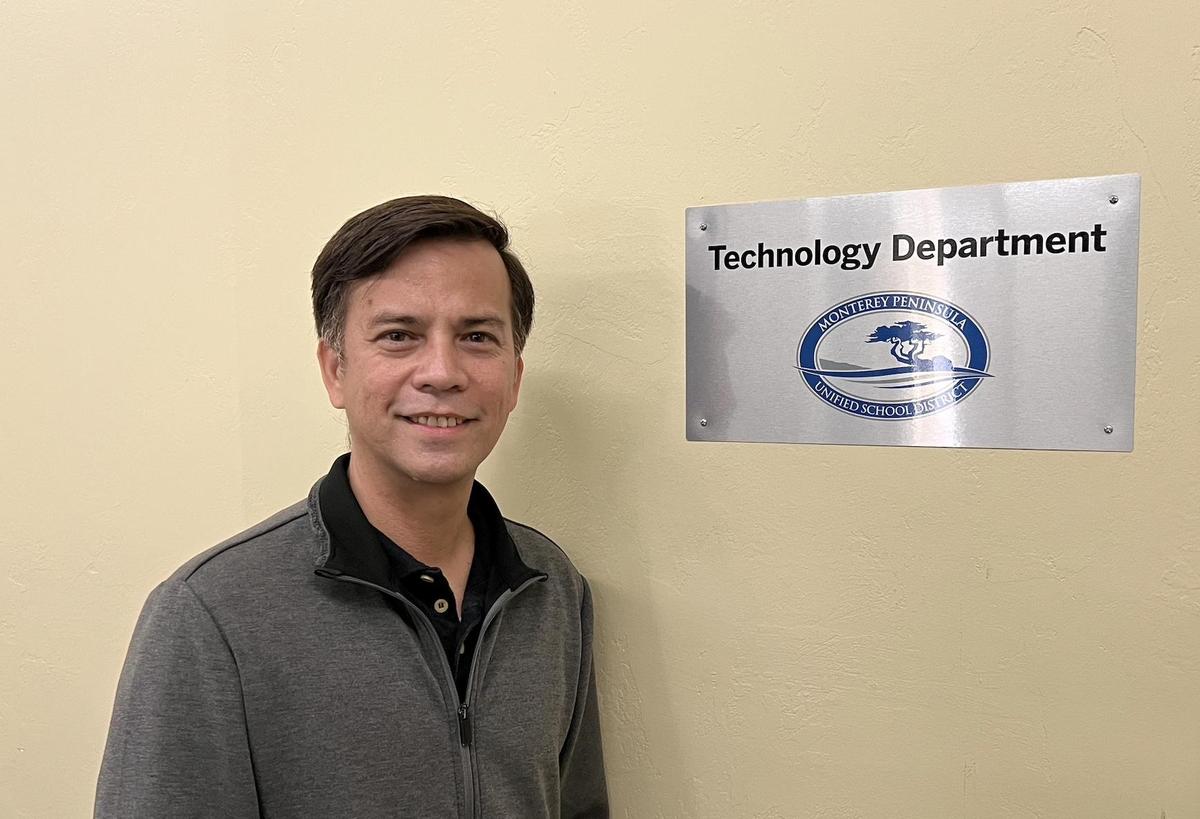 Hard working. Resourceful. Gets the job done. These are words that describe Monterey Peninsula Unified School District’s Lloyd Tanseco perfectly. Lloyd has been a valued member of the information technology department since 2015, and was recently promoted to lead program developer.

Lloyd loves his job so much that he is up most mornings between 3 and 4 a.m. ready to tackle the work. He says, “I know the work we do in IT is really important as it impacts the learning opportunities of all students.”

When your role is a few layers removed from direct interaction with students, it is sometimes hard to make the connection to student success. Lloyd, however, understands his role well, and he states, “It is my hope to solve technical problems to ensure the IT department is able to scale up the student education at MPUSD." He knows well that his support and help with technology enhances the work of MPUSD educators and students so that students receive the high-quality education they all deserve.

As a lead programmer, he goes above and beyond to increase the scope of helping the district achieve its goals. For example, he has been instrumental in improving business flow by designing and implementing electronic systems, such as online FREVVO forms. He says his “fortee” or “cup of tea” is developing custom applications that help staff and teachers so they can ultimately help the student learning process.

Lloyd is very humble and while he deserves much credit for improving the district’s automated workflow, he is quick to focus the light on the small and mighty team of 10 information technology members who support thousands of students and staff with multiple devices. Whether its computers, laptops, Chromebooks, Viewsonics, telephones, clock speakers, or document cameras, Lloyd knows that there are a lot of devices and the team needs to service them all in order for staff and students to be successful.

The MPUSD is second home to Lloyd. “I love working here. I love what I do,” says Lloyd. “It feels like I am just playing a video game sometimes, especially when in the zone (of programming systems for the district).” Lloyd and his wife, Melanie, both work for MPUSD. They also have a daughter in the district and a son that has attended schools in the district. They can often be found at school and community events supporting their children, MPUSD schools and the district. Their voices are often heard advocating on behalf of all students at various engagement meetings.

Despite earning a bachelor of science degree in electronics and communications engineering in the Philippines (equivalent to an electrical engineering degree in the United States), along the way, Lloyd also earned teaching units while in the Philippines. While he loved technology, he thought he would teach because of his family’s love of education. When he first arrived on the Peninsula, he realized he only had a few credits left to become a full-fledged teacher in America so he pursued the credits, got his credential, and became a guest math teacher in MPUSD in 2009. He taught math at two MPUSD schools - Martin Luther King, Jr. and then Fitch Middle School - prior to joining the district’s IT department.

Lloyd’s peers and supervisors think highly of him and have shared that he always approaches his work in a thoughtful manner. He is diligent and never leaves a stone unturned. While he is quiet and unassuming, he just dives right in and quickly solves problems. Lloyd is always willing to take on new challenges and is the first one to volunteer - with a smile, good attitude, and good outlook.

The next time you’re completing an online form at MPUSD, it is very likely that Lloyd was instrumental in creating that form!