Why MPUSD » Rebekah Corbishley: 'Belief in themselves will carry them throughout their life'

Rebekah Corbishley: 'Belief in themselves will carry them throughout their life' 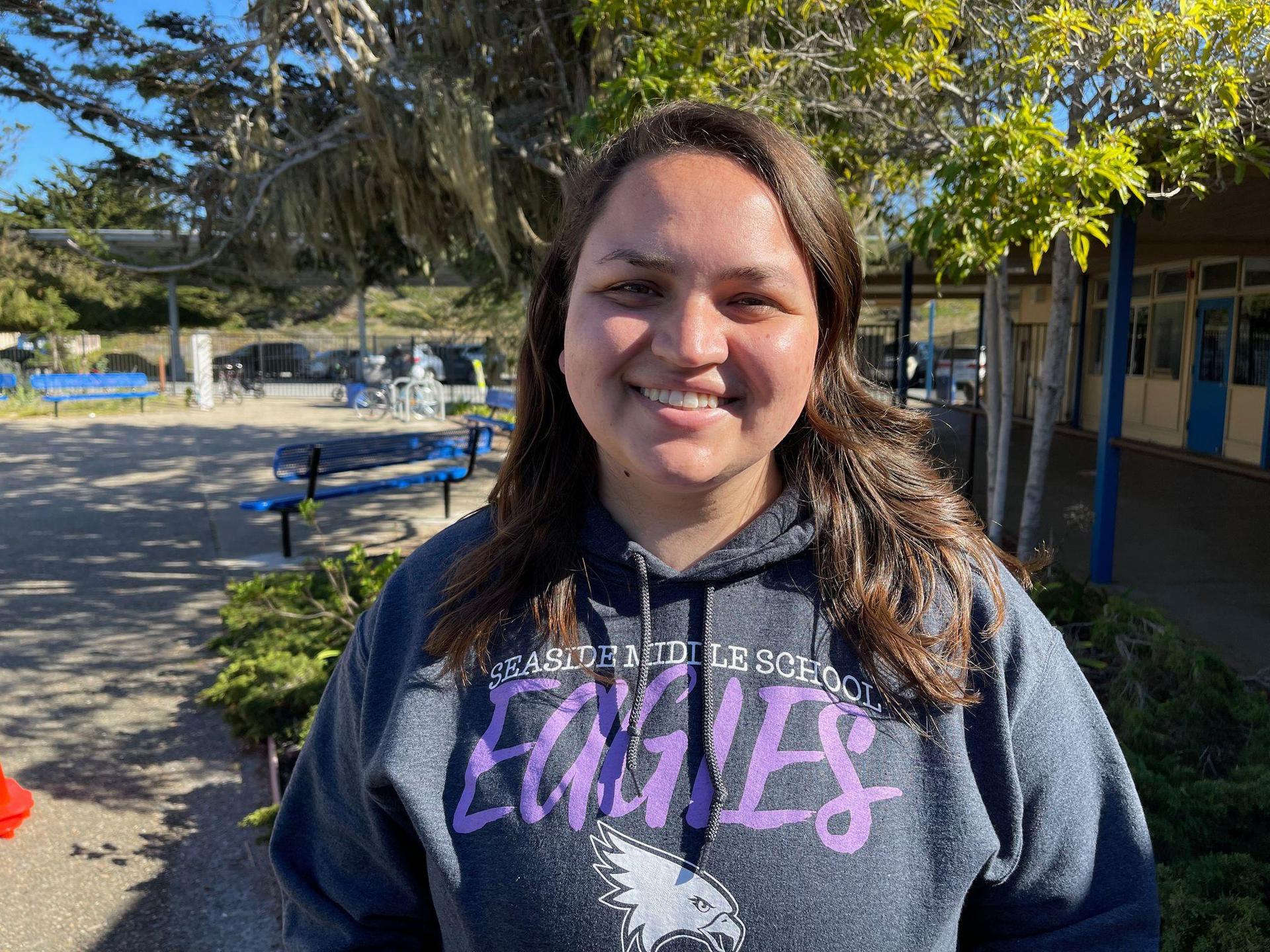 When Seaside Middle School Math and Science Teacher Rebekah Corbishley started her journey as a teacher, she spent a lot of time reflecting on what it was like to be a student within the Monterey Peninsula Unified School District.

“I grew up in the community and I really had some impactful experiences when I was a student in the district, and I really felt like I wanted to give back to the district that gave me so much in times of my life that were so chaotic,” Corbishley said.

She knows positive influences and supportive figures can be life changing. Corbishley faced a pivotal moment in her life during her time as a student at Monterey High School.

“My dad was sick and passed away when I was in high school, and I didn’t like to talk about it,” Corbishley said.

But Corbishley says one teacher on campus, who did not have her as a student, always reached out to show support during a difficult time in her young life.

“She would go out of her way to make sure that I knew someone was checking in and someone cared and just wanted to make sure I had a positive connection. And it really made me want to be that positive influence in the lives of the students that I have in my classroom and the students who I never have. Which is why I like to go out at breaks and lunch and see the kids and have positive interactions with them outside,” Corbishley said.

Corbishley is now open about losing her father and when the moment is right, she shares those thoughts with her students. She believes that openness has allowed some students to feel a connection to someone who can support them through struggles they may be facing in their own lives.

“I don’t want my students to think that anything is taboo and that they need to go through it alone. Some days the most important lesson we learn or the most important thing we do in math, is not math. It’s getting something off our chest that allows us to then come back with a clear mind and do our math at another time,” Corbishley said.

Corbishley is a product of MPUSD after having attended Ord Terrace Elementary, Bay View Academy, Colton Middle School and Monterey High School. She never questioned where she wanted to teach.

“I wanted to work for MPUSD because the teachers that I had the honor of being in the class with like growing up. They were such amazing people and they really inspired me and helped me become who I am,” Corbishley said.

Now in her fourth year at Seaside Middle School, Corbishley says she’s inspired everyday by her colleagues and the professional development opportunities offered by the district. But it’s her students who constantly motivate her to continue the important work of helping them build life skills, in addition to education in math and science.

“I was a student who was really good at math until I wasn’t and then I struggled. I think if I had never had that struggle with math, I don’t think I would be able to relate to my students,” Corbishley said. “The barrier for me wasn’t that I didn’t know how to do it. I didn’t believe that I could. And so, when I have those kids that go through that light bulb moment in class, it warms my heart. That is why I teach.”


Teaching is something she was introduced to at a young age. Her mother, Renee Corbishley, currently works as Senior Departmental Administrative Assistant in Educational Services at MPUSD after previously holding several positions within the district at Monterey High School and Bay View Elementary School. Corbishley hopes to continue the legacy of great teachers and influences she had growing up.


“If they learn anything in my four walls, I want it to be that they are capable and can do this work and be successful at things that challenge them,” Corbishley said. “They might not remember the exact lessons or standards that I taught them. But instilling that work ethic and that belief in themselves will carry them throughout their life.”


Corbishley also runs ASB at Seaside Middle School and loves watching her leadership students lift up spirits on campus. This year their campaign is themed “Love Is Louder.”


Corbishley earned her BA in liberal studies from California State University, Monterey Bay along with her MA in teaching and teaching credential from Brandman University.