Why MPUSD » Angela Bolanos: 'We all have a common goal of helping students'

Angela Bolanos: 'We all have a common goal of helping students' 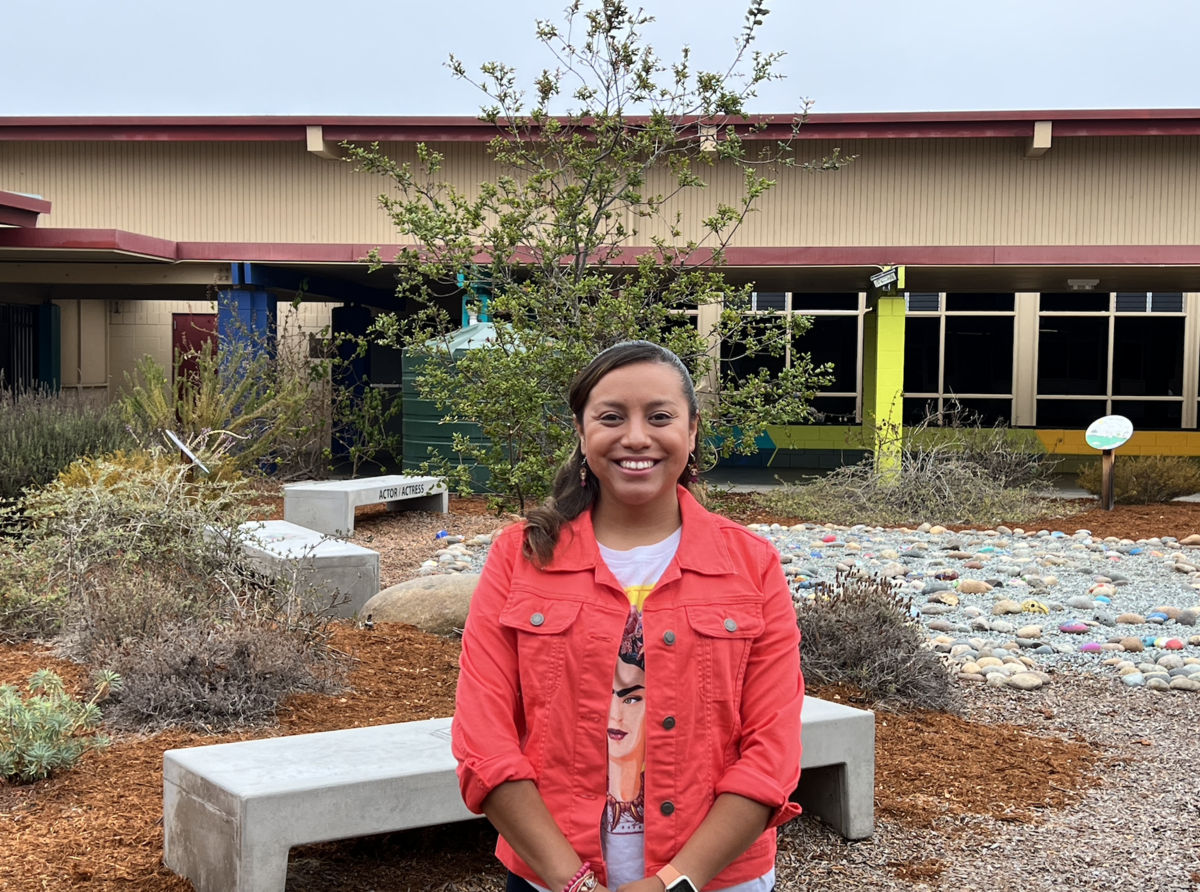 Even though her biological family lives in the Central Valley, Angela Bolanos says she is lucky to have her Dr. Martin Luther King, Jr. School of the Arts family. Angela is entering her sixth year at the Monterey Peninsula Unified School District, and says “I consider it my family here since I don’t have any locally, so this is where I have really grown as a person and made my name in the community.”


MLKSOA took a chance on her because she had no clerical experience whatsoever. She was fortunate they gave her that chance because she says she wouldn’t be here without that opportunity. She began her MPUSD career as an office support clerk and last year she was promoted to community liaison leader. “It’s been an awesome experience and I have nowhere else I would rather be than MLK School of the Arts,” she says.

As office support clerk, Angela was responsible for late slips in the morning and made sure students were ready to start the day. She would give students a warm welcoming face and thanked them for coming to school today by exclaiming, “We’re so glad you're here.” She was quick to ensure students were fed in the morning. A lot of MPUSD students don’t get a meal before school and Angela made sure students started their day on a good foot with breakfast before they went into class. “I don’t have kids of my own so I consider MLK kids my kids and I wanted to make sure my kids are fed every morning. It makes me feel great they can start off their morning in a happy way - whether it’s as simple as a meal or joking around with them in the morning before they go to class,” she says.


Today as community liaison leader, her role has grown tremendously. She jumped right in figuring out ways to help families by gathering input from other liaisons across the district. “This role has really pushed me, motivated me, challenged me,” she says. This year she is working on creating a resource center at MLK to provide resources for families and a safe place they can go if they are having a hard time.


Angela raves about MLKSOA, the district, and her team. “We call ourselves the Fantastic Five in the office because we work so well together and support one another. Anyone is happy to jump in and help our families.” At the end of the day, she says, “What makes MPUSD so different is that each school offers something for everyone. Whether you’re from Seaside, Marina or Monterey, we all have a common goal of helping our students.”


Angela and her husband live locally and outside of work she enjoys attending concerts and watching movies or television shows.