Why MPUSD » Eddie Standifer Jr.: 'I think it's real important to give them something to shoot for'

Eddie Standifer Jr.: 'I think it's real important to give them something to shoot for' 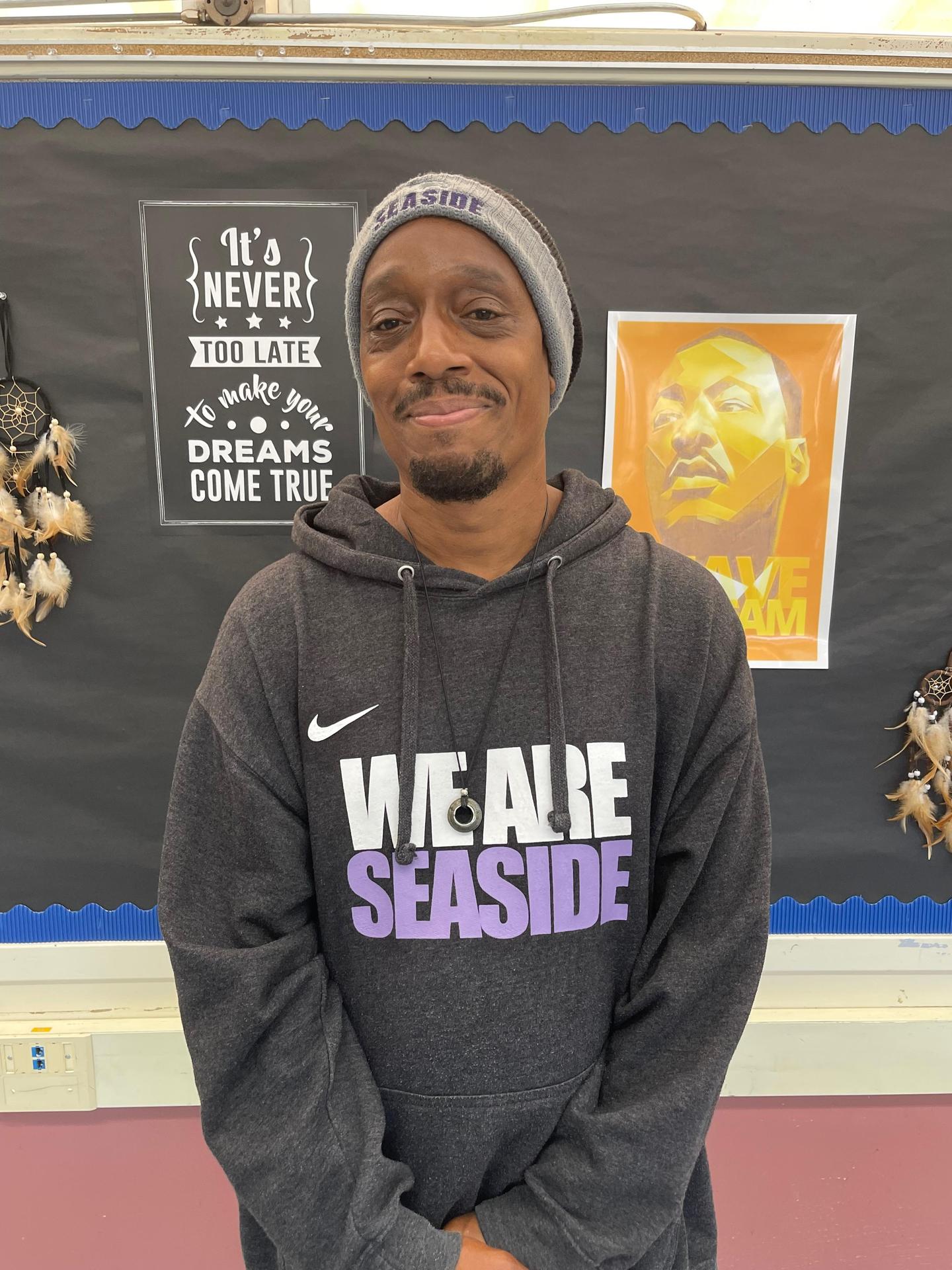 Eddie Standifer Jr.
Campus Monitor
Seaside Middle School
Seaside Middle School Campus Monitor Eddie Standifer Jr. is a mainstay at MPUSD. He started working for our school district 30 years ago at Los Arboles Middle School in Marina as the assistant attendance clerk. He later became one of the first campus monitors when the position became available.
“Officially it's to ensure the safety of the students and the staff. But it's also like mentoring students, helping them along, especially when they need a little boost or they need a little break," says Standifer when he reflects on his role as campus monitor.

He had an interest in the music industry before getting into education. Standifer says his mother was a teacher at Los Arboles when he started his career at MPUSD. Both his mother and father worked for MPUSD and retired from the school district.

“The kids, the joy of the kids. That’s I mean basically that’s why pretty much I think most of us are in this job. Just because the love of the kids and the community," Standifer said.

Standifer is proud to now work at Seaside Middle School, his home away from home for the past seven years. He enjoys hearing stories from students and also shares bits and pieces about himself.

Standifer moved around as a military child while his father served in the Army. He was born in Germany and lived in Korea, before his father moved his family to Seaside to retire. That longevity extends to Standifer himself, having earned recognition for his 30 years of service in June 2022.

“My favorite part is this relationship with the students, especially here and in the future when they come back and tell me how they’re doing and what they’re doing in life and stuff. I’ve got to the point now, I have a lot of parent’s students that I had before. So it's real interesting, the generations," Standifer said.

His office is in what's known as the "Eagle's Nest," a classroom on campus that is transformed into a zen-like space where students can visit if they are having a tough moment and need support.

“We already have a relationship and they already know that I’m one they can trust and I’m one they can count on. And so they bring their guard down when they come in here," Standifer said. “A lot of students look at me, big brother, uncle, as a figure, as a male figure. So a lot of these students don’t have male figures.”

His workspace is filled with dreamcatchers and inspirational messages. Standifer hopes at the end of the day or end of the school year, he's made a lasting impact on the students that come through his doorway.

“I figure that’s the one thing we can’t take away from these students is their dreams and so we can also give them and I think it's real important to give them something to shoot for," Standifer said.

Standifer was honored by the Monterey County Office of Education and MPUSD Superintendent Dr. PK Diffenbaugh as 2017 Classified School Employee of the Year.