Why MPUSD » Tyrone Hall: 'The kids are loving, caring and they’re kids you know'

Tyrone Hall: 'The kids are loving, caring and they’re kids you know' 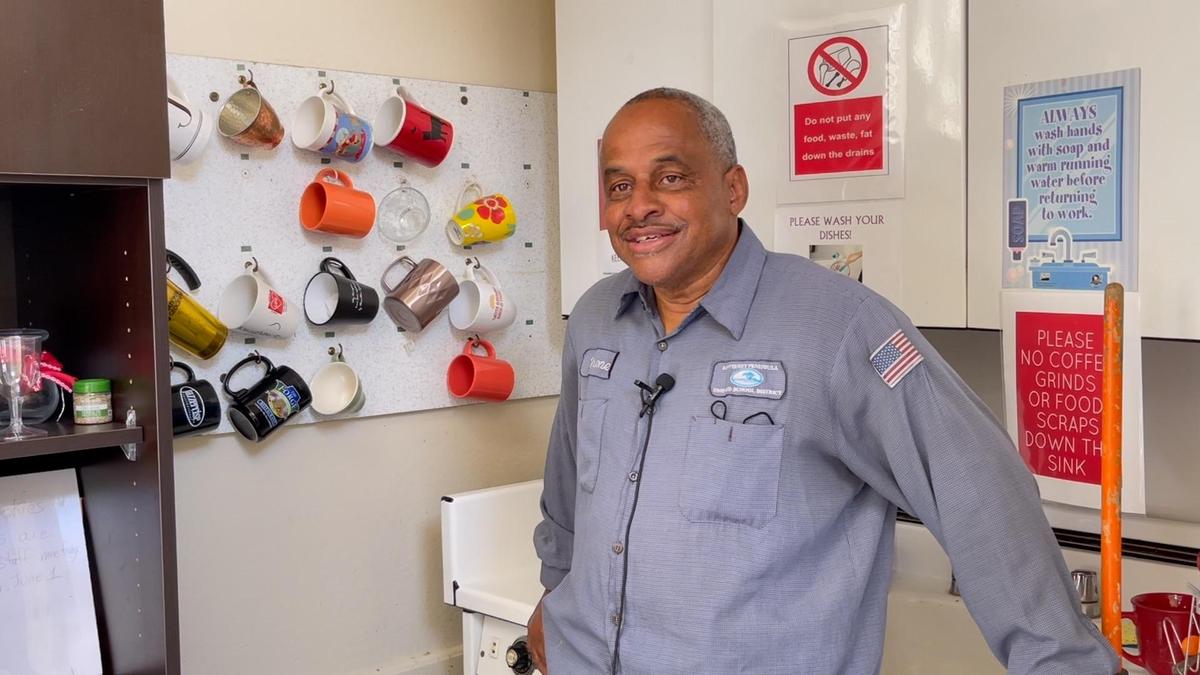 Tyrone Hall is a mainstay at MPUSD. He’s served students and staff in various roles over nearly 4 decades.

“I’ve been with MPUSD altogether 37 years and I’ve been a custodian, I’ve been a bus driver, I’ve done mechanical and now, plumbing,” Hall said.

“I think I like the maintenance department better, the plumbing and mechanical because you don’t get stuck in one building all day,” Hall said.

Hall grew up in Lansing, Michigan and moved to California in 1982. At the time, he found working for MPUSD offered him good pay as a bus driver. He stepped away from MPUSD to attend school for electronics in Texas. But came back a few years later as a head custodian.

“Just to do my job and do it well, that’s what my grandfather taught me,” Hall said.

Halls says he often reflects on the work ethic he learned from his grandfather and the reward of seeing hard work pay off.

“He used to make us go with him and work and if you bent a nail he would tell you “boy, you can’t even hammer a nail straight. At the end of the day, he’d give us a nickel or maybe a penny, back then you could buy penny candy,” Hall said.

Within the next two years, Hall says he plans to retire to spend more time relaxing, getting exercise, traveling and going to concerts. He’ll take some fond memories with him, like participating in group bowling when it was offered through the district and connections he’s made with students over the years.

“The kids are loving, caring and they’re kids you know. I think they get crazy when they get to junior high school. But they still respect you,” Hall said. “They still come up to you, ‘cuz I had a lot of them have graduated, moved on and, I used to drive their bus back in ’82 and they’re “how you doin'?” and this is what I’m doing now and “you were my favorite bus driver.” You know that kind of stuff you know. Just being able to make an impact on people, kids…it’s a good thing.”